The Bad--my 18 mile run this past weekend

The Ugly--my serious lack of blogging over the past couple of weeks.  Eesh!

I feel like so much has been missed that I need to summarize my life in bullet points!  But alas, I will refrain.  I've been slacking big time on my weekly runs, but not missing the big runs on the weekend.  I've had some lingering calf pain that has made me shy away from the risk of over-training.  I hope it helps.  I will be doing more cross training this week to see if it helps out.  I've also been trying to enjoy the summer by participating in non-workout related events.  I went and saw The Help a few days ago with Running Roommate and really enjoyed it.  It made me laugh out loud at several different parts, and it also had me nearly tearing up quite a few times.  Overall, it was a great flick and did the book justice.

I also saw Adele last night in concert and she was AMAZING.  If you like her music, make sure you do NOT miss her next time she comes into your area!  Well worth the ticket price!  She is gorgeous in real life and has a super cute/fun personality.  I will definitely be seeing her again.

Seriously--she looked fantastic and sounded even better than she looked.  I might have been quite a bit jealous.  Also, she looked quite a bit thinner than photos I've seen of her online.  There were rumors she cancelled some of her tour dates (SLC included) not because of laryngitis, but because the record label told her to lose weight and she was feeling the stress of Hollywood standards and kinda broke down.  I hope that's not true, because she is beautiful no matter what weight she is at. 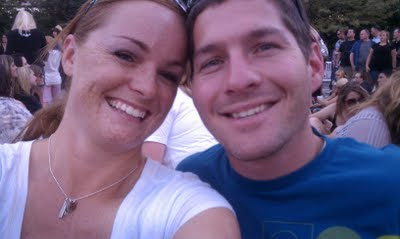 But back to the good, the bad, and the ugly.  Let's start with the good, shall we?


I ran 17 miles a couple of Fridays ago and it was AWESOME.  I didn't die.  I felt strong until about mile 15 or 16 when I had some calf pain, but I ran pretty much the whole entire 17 miles! I woke up at 4 am in order to be on the pavement by 4:30.  The full moon was out and the Perseid Meteor showers were going on so I was able to watch shooting stars fall over my head for the first 30 minutes or so of my run.  That was pretty phenomenal.  The sun slowly started rising and I was able to watch a beautiful sunrise before finishing the first 9 mile loop.  I had some digestive issues right at that point so I was thankful I had designed my loop to end at my house!  After refilling all my water bottles and a quick bathroom break, I headed out the door to finish the remaining 8 miles.

The last 8 miles weren't terrible either.  The sun was completely above the mountains by this point, and that meant there were more people on the trail with me.  I LOVE seeing people out and about getting some exercise.  They always smile so politely and seem genuinely excited to see me, even though they don't know me at all!  I think it's because we are all part of the secret "wake up way early in the morning to get our fitness on" club.  I like it.  Anyway, the run was going well until about mile 15 when my calf muscle started hurting and I had to slow it down and walk for a bit.  It had cramped up and wouldn't release!  Booo!  But after walking for a while, I finally was able to get to a place where I could run again and finished my 17 miles in about 3 hours and 15 minutes (not including the bathroom break).  All in all, a good run! 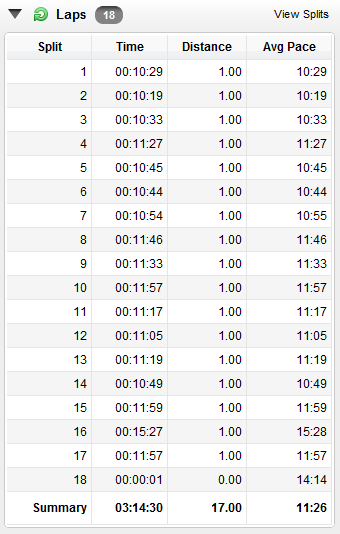 However, it left me rather fatigued for the remainder of the week.  I had to get on a flight directly after my run (I showered first!!), and so I had a few hours of just sitting there letting my lactic acid marinate.  Not ideal.  By the time I got to my destination (Lincoln, Nebraska), I was QUITE sore.   I did get some walking done at the Lincoln Super Fair(!!) which helped alleviate some of my pain, but I was still pretty dang sore.  I took it easy for the remainder of the weekend, and the rest of the week. By that I mean I didn't run at all until my 18-miler on Saturday.  I would like to say I regret the missed mileage, but honestly I felt like I really need to get my energy back.
This brings me to...

...The Bad:  Clearly I did not get all my energy back by the time I needed it on Saturday.  I had slept like crap all week long and I woke up on Friday morning with all my lymph nodes in my throat swollen.  I was definitely feeling like I was getting sick.  I woke up early on Saturday to meet Running Roommate in her hometown to go for our 18 mile run.  Within the first mile I knew I was in trouble.  My calf muscle was PISSED.  Super tight and painful.  It felt like it was about an inch too short to be making the movement I needed it to do.  Not good!  We tried several things to try to get the muscle to loosen up (stretching, massaging, etc.) but it didn't seem to want to cooperate.  I was afraid I was going to have to throw the towel in within the first 2 miles!
Luckily for me (not so much for Running Roommate), RR is super patient and was willing to hang out with me while I walked it off.  She and I did a LOT of walking on this run (all my fault!).  I'm not even sure I want to type out all the details of this run because it means I have to relive the pain and frustration.  Let's just say that by mile 6 I was falling apart and walking more than I was running.  I was having stomach cramps and my leg muscles felt like jelly.  This trend continued until we hit mile 13 and RR was wise enough to say "let's just get home and have you take a rest for a few minutes."  So, we took a big break (long enough to watch an episode of Scrubs!) while I laid on the floor and tried to convince my body to get its shiz together and actually run.

I'd like to say that the break was the ticket that saved the run, but the misery continued nearly straight out the door.  It was hot outside (we all know how much I like to run in the heat), and my legs still felt like jello.  I was able to run the first 1.5 miles without issue, but then it was back to the walking for a long time/running for a little bit of time routine.  So awful!!  I have NEVER had a run this bad.  Seriously.  I have no clue what the problem was.  I think it was a combo of a few things: #1 - lack of good sleep; #2 - lack of good dinner night before (I barely ate), #3 - slightly sick, #4 - little bit of heat exhaustion at the end (I had chills and all sorts of weirdness going on). 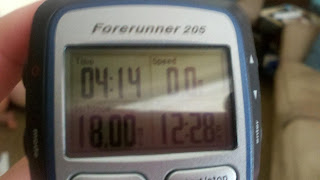 When I got home I took a bath to help soak my muscles and then crawled into bed to take a 3 hour nap.  I was exhausted!  I was running a fever and everything.  Luckily, the extra sleep paid off and I woke up on Sunday feeling quite a bit better.

Anyway, I am certainly hoping that this weekend's 20 miler goes MUCH better.  I'm not sure how long it took us to finish the 18 miles this weekend, but I think it was a good hour or two longer than I had planned on.  My friend is a total trooper though; she never once left me or let me quit.  She was with me the entire time and was the best cheerleader I could've ever asked for.  Words can't express how much I truly value her and her friendship.  She is AMAZING! 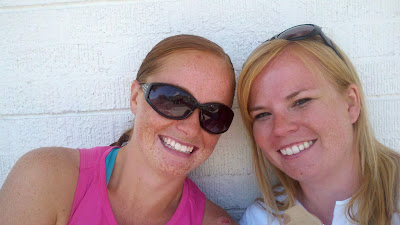 You should all be jealous that I have a friend as awesome as her.  :)

Now to The Ugly:  My lack of blogging is totally depressing me, folks.  Work has been insanely busy and the last thing I want to do when I get home is log onto my computer after having stared at a computer screen for 10 hours.  So apparently that means I don't blog at all.  Super lame!  However, I am feeling a bit less worn down this week and am hopeful that blogging will resume as normal!

Quick shout-outs to some blogging peeps:

Congrats to Ann for completing her first Ragnar Relay!  Such a hard challenge, and she totally killed it.

A quick congrats to all my Utah blogger girls who competed in the Hobble Creek Half this weekend! Julia, Ash, and Rachelle all ran it and kicked butt!  Also, a quick thank you to Rachelle for making me feel a bit better about eating pavement during the Timp Half.  I am glad I'm not the only one who knows what it feels like to fall during a race!  :)  I think she did it just to make me feel less embarrassed about my fall a few weeks ago.   I'm just glad she is okay!  She's a total rock star for running through the pain (and blood)!

However, I think this means a warning should be sent out.  It is apparently the cool thing to fall during races these days (I'd like to think I started the trend...).  Miss Liz from One-Twenty-Five also ate some pavement this weekend during a race.  Runners--beware!  It's dangerous out there!