Let's just start this out by saying that using a race to cleverly disguise a much needed vacation is a great idea.  Hubster has wanted to run a race with me for a long time, and I have wanted to go on vacation to a beach for a long time.

How the discussion went:

"Hubster...I think it would be really fun to run this race with you.  Look at me--I'm being ACTIVE!  You don't want to discourage me from being active, do you?  DO YOU??"

Sneaky, sneaky wife...how can you argue with that?  In any case, we signed up, flew clear across the country and landed in sunny Florida.  Goodbye snow, hello sun! 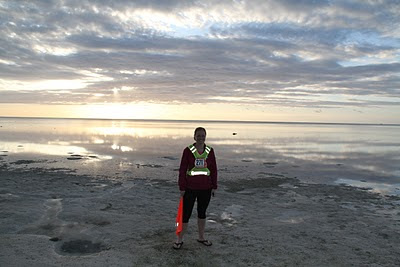 Look at that--not a snowflake in sight!  So far so good!

We spent the first day trying to recover from our red eye flight.  We were crazy enough to think it was a good idea to take a midnight flight out of Utah and arrive at 10:30 am in Florida the day before the race.  Who said you need a good night's sleep before a big race?  Dirty liars...  Oh wait.  They were telling the truth.  It's actually good advice!

The day of the race came.  The anticipation was high.  We drove to the starting line only to find everything but the starting line...we were lost.  Really lost.  And we weren't the only ones.  We suddenly encountered many 12-passenger vans attempting the impossible:  U-turns.  For those of you who haven't braved a u-turn in a gigantic vehicle, let me just tell you--it ain't pretty.  Eventually (approximately 42-point turns later) we found our starting line and showed up to start running approximately 30 minutes late.  Oops.

So we didn't start out in a very good place.  However, our captain was our first runner and he decided to vent his frustrations by running 3 miles in 21 minutes.  He managed so skim off one minute per mile on his pace.  Basically he was running like a mad man.  Go him!

Eventually it became my turn to run.  After a couple of quick trips to the lovely port-a-potties (what is it with pre-race jitters??) I made my way to the exchange.  I was ready to go!  My first leg was a simple 4.3 miles and I was anxious to get started.


Hubster was racing the leg before me, so we got to meet at the exchange for the baton pass off (which was a slap bracelet...brings me back to the good old days!).


The first leg was great.  The lower elevation made running a lot easier and my pace was great!  I'm normally at around 11:15 for my pace and I was down at 10:00 miles for the entire leg.  It felt wonderful!  I had great support from my teammates along the way.  They were cheering and yelling and making me feel like a rock star. 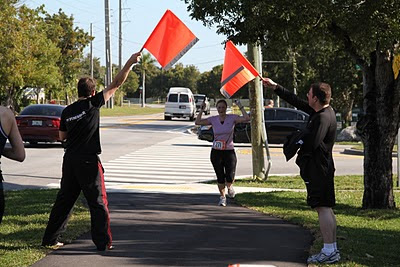 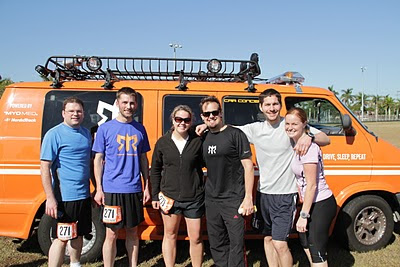 My next leg was during the night around 9:00 pm.  I ran pretty much the entire length of Key Largo.  Those are words I never thought I would get to say in my lifetime!  I would like to say this run went just as well as my first leg, but somewhere along the day in Florida I made the mistake of eating some local treats.  I ate a number of tasty fruits from a magical farmer's market, but I am gonna go ahead and blame the boiled peanuts.  Something made my stomach mad.  Halfway through the run my stomach was all in knots and I wanted it to be over with.  Right. Now.

Alas, I had to continue on.  I ran my first 3 miles of my 7.2 mile leg in just over 30 minutes, but then I hit the stomach problems and my pace got worse and worse.  I ended up with an average pace of 11:20 for the whole run.  I was SO happy to be done.  I don't even remember coming into the exchange at the end...I just remember the feeling of joy that it was over. 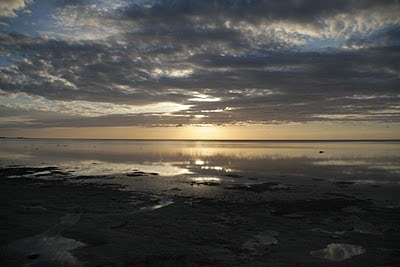 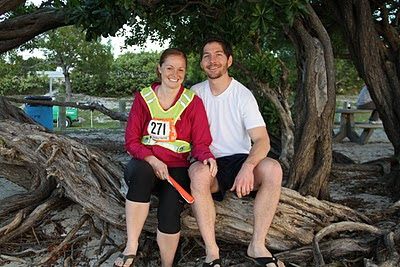 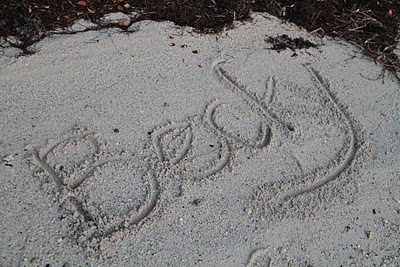 I finished my run and then we took off to find a place to sleep for the evening.  I made a few bathroom visits (curse those delicious boiled peanuts!!) and finally got situated and ready for bed.  If I had to pick the part of the race I liked the least, I would have to say climbing in my brand new down sleeping bag being all hot and sweaty and sticky and smelly.  I felt like I was marinating in my own sauces.  Yummy, right?  Just had to share that with you...It will serve as a nice reminder to me when I run the Wasatch Back relay in June.

After sleeping through the night in a mummy sleeping bag on a random baseball field in a random park, I woke up somewhat refreshed for the last run of the day.  I remember saying to myself, "Self, it is only a 3 mile run.  That's cake!  You could run that any day of the week!  It will go by so fast you won't even remember it!"
. . . .
Lies.  Dirty rotten lies.
Those three measly miles were the hardest miles I've ever ran.  I started the run at 11:00 am and it was hot outside.  I've been running in 20 degree weather and it was 80 degrees outside.  My body was not adjusted.  I was sweating like crazy.  It felt like the whole thing was uphill.  A very gradual and painful uphill.  I remember thinking to myself that the hill was never going to end.  I am embarrassed to say this, but this was the only leg I actually walked on.  Yep...I stopped and walked on a 3 mile run when I am able to run 8+ miles without stopping usually.  I was definitely suffering.  Once I stopped to walk, I walked for about 5 seconds and it felt so good that I knew I had to start running RIGHT AWAY or I would never start again!  So I sucked it up and just plowed through it.


I think it's important that I come clean right now and let you know that when I got home and plugged my runs into Garmin Connect I discovered that my last leg had the smallest elevation gain of all my runs.  So yeah...there's that.  Apparently the boiled peanuts destroyed my ability to run.  My average pace ended up at 11:58 which is higher than my usual pace.  Yay for fatigue!

I have more photos to post, but this blog is apparently limited to 1GB of photos and I've reached it...so once I figure out how to bypass that I will post my final photos!

Overall, I loved the race.  It was a challenge, both mentally and physically.  I had a great team which made it fun.  Hearing their cheers during the long parts of my run made it easier to keep going and stay focused.  I got my first finishers medal and love it!  I am proud that I did this, and I can say I will do another one in the future.

Did someone say Wasatch Back aka The Original Ragnar Relay?